A Fashion Guide To Goth Subcultures

For somebody who don't understand alternative fashion scene, goth styles mean all black clothing. But perhaps they don't know that the goth culture has various subsets, each have its own unique looks, personal tastes and musical interests. Let's have a look on a few of them.

Goths of the Victorian/Romantic/Vamp subculture dress elegantly but are inspired by the clothing worn during the mourning period when someone has died. They wear long gowns, velvet and damask.
Women wear long dresses and skirts and black corsets. Accessories include gloves, fans and parasols. Their jewellery is usually classic but minimal. They go for a makeup and hairdo that's a bit dramatic.

Bands that influence this category include Nox Arcana, Switchblade Symphony and Wolfsheim. Movies that have their influence on this subcategory of goth are Mary reilly, Interview with the Vampire and Bram Stoker's Dracula. And TV shows being Penny Dreadful, Downtown Abbey and Sherlock. Books if you ask would be The Thirteenth Tale by Diane and Frankenstein by Mary Shelley.

People who belong to this category do not follow norms of society when it comes to styling. Most of their clothing style is been adopted from punk fashion; the difference being all black instead of leopard print or plaids. It is said to have started after the punk scene in the UK started to decline in the early 80s.

They are to sport sexy corsets and bondage belts. Women like to wear long sleeved net or mesh tops. They layer it with tank tops. The tops may display offensive slogans or statements that can be anti-religious or counterculture. They also like to sport leather jackets. Short skirts are teamed with fishnet stockings and combat boots, or tight pants are teamed with stiletto boots.

For classic goth looks you can seek inspiration from Siouxsie Sioux from Siouxsie and the Banshees and Nik Fiend from Alien Sex Fiend. Bands that reflect on classic goth are Bauhaus, Children on Stun and Joy Division. Movies being The Lost Boys, The Craft and Gothic. TV shows being Game of Thrones and The IT Crowd.

Steampunk incorporates aspect of science and exploration. They believe that ‘steam’ is still a viable energy source. For inspiration you can look upon Brett Banning and Kato. They sport colours that an explorer would wear. Their clothing is mostly browns, ivory, bronze and greens. These colours are in earthy tones and muted. Women are mostly seen in bloomer-style trousers or hitched up skirts with Victorian corsets, strappy belts, and button-down tops.

Vernian Process, Abney Park and Rasputina are the bands to get inspired from. The League of Extraordinary gentlemen, Priest and Sky Captain and the World of Tomorrow are the movies to watch. Tim Man, Doctor Who and Grimm are the TV Shows to follow. Half-Made World and The Anubis Gates are the books to read. 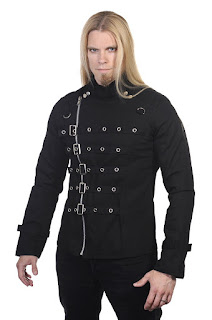 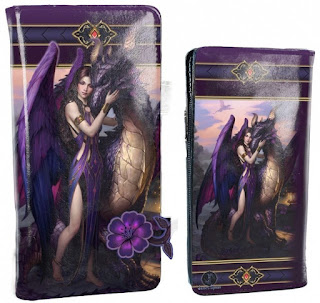